Our tours are offered 365 days per year. They couldn’t be possible without the generous support of our MDPL Tour Guides. Read more about them below, and click here to book a tour. JOHN: 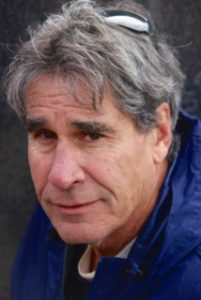 John is a native of Wisconsin and has lived in South Florida since 1975. He has an undergraduate degree in history and is a licensed psychotherapist with a full-time private practice. He has been a tour guide with MDPL since 2003.  He enjoys developing new specialty tours for Art Deco Weekend and has led the annual “Cocktails With A Twist” tour since its inception in 2008. He is impassioned about relating the rich narrative of Miami Beach’s history and architecture as well as bad jokes to tour attendees from all over the world.  One of his core beliefs:  “ There’s a reason for that and there’s a reason for this.  I just can’t remember right now, but I know they exist “. 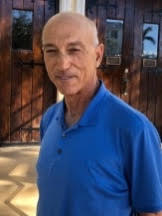 Howard was born and raised in northern New Jersey.  After finishing school, he moved to Washington, D.C. where he worked in the budget office of the Federal Department of Education for 33 years.  There he oversaw the annual development of the Department’s internal operating budget. After retiring at the end of 2011, he moved to Miami Beach.  Just after his arrival, he capitalized on his long interest in history and architecture by becoming a volunteer walking tour guide for the Miami Design Preservation League.  He has developed several new tours including a Jewish themed tour, a Miami Beach history tour, a Mediterranean Revival architecture tour, and a tour focused on the walkability of South Beach.  In addition, Howard is a volunteer docent at the Jewish Museum of Florida – FIU. 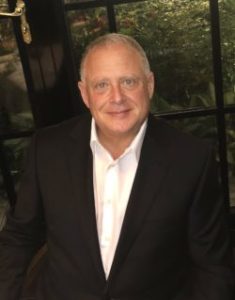 Mark was born and raised in Chicago. He moved to Miami in 1977 to attend The University of Miami. He has a BBA and MBA in Marketing and Finance. While attending the university he fell in love with the Art Deco district while working on a project as an intern for the first group of hotels being revitalized during the rebirth of South Beach in the late 80’s. In his professional life Mark worked in the telecommunications industry for major companies like AT&T and Toshiba. Since his retirement he has involved himself in volunteer work. Mark enjoys travel and sports especially the Chicago Cubs and University of Miami Hurricane’s. He also is an avid Golfer. 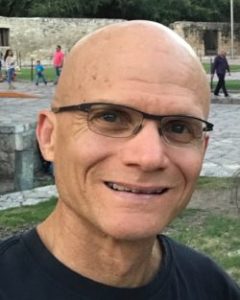 After spending over 30 years serving in the US Army, both as a soldier and civilian, Gregg and his wife Ruth decided to return to this sub-tropical paradise.  Gregg is a native of Miami and studied Architecture at the University of Miami.  He enjoys architectural history and talking about the events that impact the evolution of Architecture.  When not giving tours, Gregg enjoys running, cycling, and hiking.  He also teaches Public Works to Army civilians and is a Certified Personal Trainer 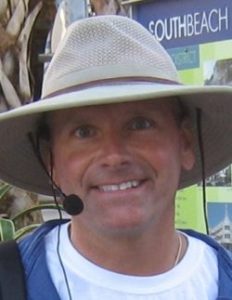 “It was almost poetic,” Martin laughs, “driving out of that first big seasonal snowstorm in New Hampshire to relocate here in the winter of 2012.”  Having since become an MDPL tour guide and subsequently, MDPL’s tour director, Martin adds, “I never tire of showcasing the historic district’s architectural ‘eye candy,’ sharing the ‘colorful’ stories these buildings have to tell, and basking in the smiles they cast down on me.” In his professional life, Martin spent 30 years as teaching faculty for a two-year community college and has enjoyed a parallel career as a nationally registered paramedic.  He has raised two foster children, adopted retired greyhounds, and then retired himself.  Martin is also an avid runner who you’ll find on Ocean Drive almost every day… where the buildings continue to smile down on him. 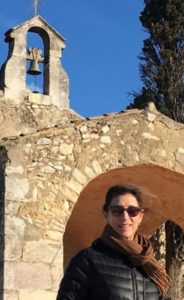 Melissa left her native Ohio for college in Montana. After graduation, she taught in two of the country’s last rural one-room schoolhouses.  She remembers thinking, “I can’t live on snowflakes and scenery forever,” and headed to California where she taught in exclusive private schools in Beverly Hills and public schools in low-income areas of East Los Angeles. After 18 years, Melissa moved to Boulder, Colorado where she taught art and volunteered her time in the schools, helping the disabled and delivering food to the needy. After 10 years it was on to exciting downtown Toronto, Canada.  In 2012, she made her way to Miami Beach and loves it. Her enthusiasm for Art Deco and the area is contagious. There is always something happening, new things to discover and learn, and it never gets boring!

Deborah is a native of Pennsylvania and has lived in Colombia and Argentina.  Prior to moving to Miami, she spent 25 years living in Iowa.  She has a BA in political science, a law degree, and was an  Assistant General Counsel for a major agricultural equipment manufacturing company. Deborah spent some time in Miami and Miami Beach back in the 1970’s and has been a member of MDPL for more than 20 years.  She enjoyed watching the revitalization of the Art Deco District during annual vacations to South Beach and always dreamed of retiring early and moving to South Florida, which she was able to do in 2010. 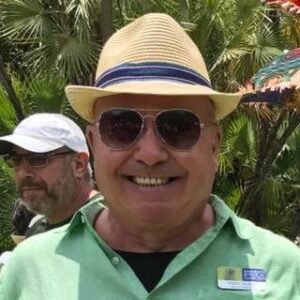 Marty Mueller has been an MDPL guide since 2007 and enjoys giving Ocean Drive tours in both English and French.  He is retired from the U.S. Government where his last assignment was as the Peace Corps Director in Port-au-Prince, Haiti.  Travel to Haiti always involved transiting Miami and eventually, this connection led him to discover and move to Miami Beach and the rest, as they say, is history.  In addition to his volunteer work with MDPL and serving as a docent (guide) at the New World Symphony, Marty is President of the Miami Beach Garden Conservancy; the entity that runs the Miami Beach Botanical Garden for the City of Miami Beach. 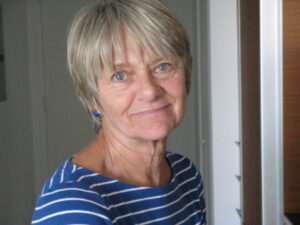 Candice came to South Florida more than 25 years ago and found the architecture here uninspiring compared to that of her beloved New England.  But slowly she started to get it;  the people, the cultures, the weather, the history, the geography that make any location what it is.  Miami is a reflection of what was going on in the world when people finally made their way far enough south to discover Paradise. When she wanted to know more, she discovered the Miami Design Preservation League and became an Art Deco tour guide in 2011. Now you can’t shut her up about the architecture in South Florida. The symmetry! The tropical embellishments! The arches! The brise soleils! When not enthusing about all things Art Deco, Candice is the copywriting manager at a large healthcare company in Miami.  She enjoys yoga, running, and beating the Miami traffic by riding her bike to work. 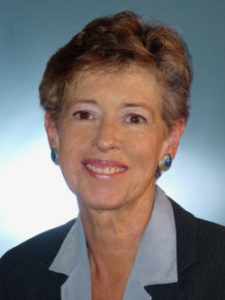 Sandy Scidmore visited Miami Beach in 1996, immediately fell in love with the Art Deco District, and moved here the following year.  After taking several MDPL tours, she attended the MDPL tour guide academy and was awarded Tour Guide of the Year in 1999.  She regularly gives the Ocean Drive and Beyond tour and also specialty tours such as Lincoln Road, Espanola Way, MiMo, and Indian Creek boat tours. Sandy is also a past guide at Vizcaya Museum and Gardens and docent at The Villa Casa Casuarina.  She has given Big Cypress swamp walks for Clyde Butcher’s fundraisers, open house tours for The Villagers, and tours of Coral Gables, Coconut Grove, Little Havana, and the Everglades. Sandy is currently a licensed realtor, and was previously a computer consultant in New York and Jamaica.  She received her B.A. in Fine Arts from Syracuse University and M.S.E. in Computer Science from University of Pennsylvania. 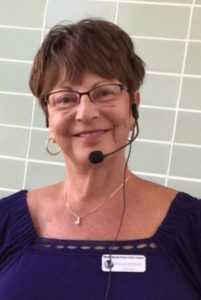 Phyllis is a transplanted New Yorker and an architect.  She taught architectural design and history for the City University of New York.  She loves the unique architecture of South Beach.  In addition to an in-depth look at preservation, SoBe history, and Miami Beach’s architectural styles, she talks about the makers and shakers of ‘the Beach’ and its past and current denizens.
Facebook-f Twitter Youtube

MDPL has developed a timeline starting with the first residential tower approval in 2003 (unbuilt). We plan to update this timeline – you can bookmark this page to stay in