Are pleased to announce that

Will convene in Florida, USA

About the World Congress on Art Deco

Miami Design Preservation League (MDPL) founder Barbara Baer Capitman in 1989 created the concept for the World Congress on Art Deco®. Mrs. Capitman herself in January 1990 conducted an “organizing symposium” to insure the planned inauguration and launch of a series of such World Congresses. She died in 1990.  MDPL hosted the first World Congress on Art Deco® in Miami Beach Florida in January 1991 during the annual Art Deco Weekend®. This was appropriate since Miami Beach was the first area in the world to recognize and take steps to protect a Twentieth Century historic district with Art Deco as the hallmark style.

The response to the World Congress was so enthusiastic that MDPL licensed it as a biannual event giving the International Coalition of Art Deco Societies (ICADS) the authority to vote on future sites for the Congresses. The ICADS is the successor organization to the National Coalition of Art Deco Societies (NCADS) that was founded in Miami Beach during the Art Deco Symposium hosted by the Miami Design Preservation League in 1992.

Each World Congress on Art Deco explores, via a series of guided tours, the early 20th Century architectural heritage and richness of the Art Deco style in the host cities, while also presenting lectures and exhibits by world authorities on the period. Parties, concerts and costume balls may be added, at the discretion of the host organizations.

The ICADS adopted a policy of alternating U.S. host cities and sites around the world. The congresses have been held in the following locations: 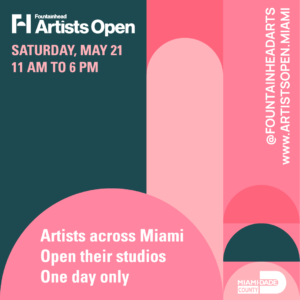 This Saturday (5/21), we encourage all to participate in the Fountainhead Studios’ Artists Open. This one-day event is designed to eliminate barriers of entry into the arts by inviting the