Radio Waves: Miami Beach and the Golden Age of Radio 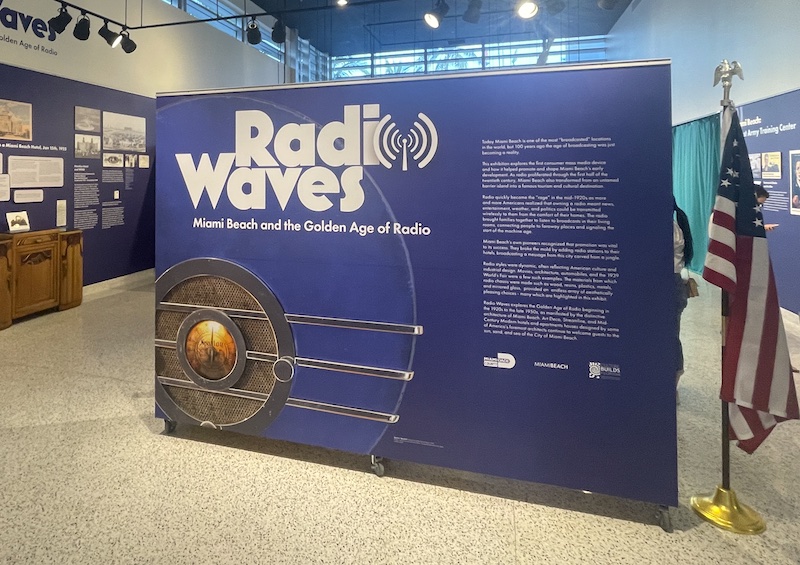 Today Miami Beach is one of the most “broadcasted” locations in the world, but 100 years ago the age of broadcasting was just becoming a reality.

This exhibition explores the first consumer mass media device and how it helped promote and shape Miami Beach’s early development. As radio proliferated through the first half of the twentieth century, Miami Beach also transformed from an untamed barrier island into a famous tourism and cultural destination.

Radio quickly became the “rage” in the mid-1920s as more and more Americans realized that owning a radio meant news, entertainment, weather, and politics could be transmitted wirelessly to them from the comfort of their homes. The radio brought families together to listen to broadcasts in their living rooms, connecting people to faraway places and signaling the start of the machine age.

Miami Beach’s own pioneers recognized that promotion was vital to its success. They broke the mold by adding radio stations to their hotels, broadcasting a message from this city carved from a jungle.

Radio styles were dynamic, often reflecting American culture and industrial design. Movies, architecture, automobiles, and the 1939 World’s Fair were a few such examples. The materials from which radio chassis were made such as wood, resins, plastics, metals, and mirrored glass, provided an endless array of aesthetically pleasing choices – many which are highlighted in this exhibit.

Radio Waves explores the Golden Age of Radio beginning in the 1920s to the late 1950s, as manifested by the distinctive architecture of Miami Beach. Art Deco, Streamline, and Mid-Century Modern hotels and apartments houses designed by some of America’s foremost architects continue to welcome guests to the sun, sand, and sea of the City of Miami Beach.