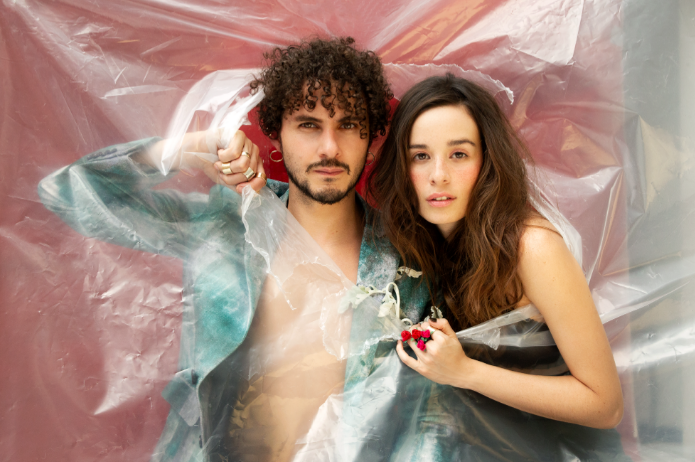 Monsieur Perine: “We are music in motion. Travelers from port to port singing to the people, the road and the landscape from the inside. We are Catalina García and Santiago Prieto. Born and raised in Colombia, lovers of our land and our roots.”

They are joined by a great band (Darwin Páez on drums, Miguel Guerra on percussion, Abstin Caviedes and Jairo A. Barrera on horns and Eva Peroni on bass), arriving at the Bandshell after playing major festivals and venues worldwide. The group has been preparing for the 2022 release of Volverte a Ver in part with a Tiktok contest to reunite with their fans during the pandemic.

Formed a decade ago in Bogotá, Monsieur Perine has cultivated a fervent following by blending the spirit of 1930s Django Reinhardt French gypsy jazz music with the joyous and sophisticated sounds of contemporary Latin American pop — a worldly, boundary-blurring approach places them in the same echelon as contemporaries Natalia Lafourcade, Carla Morrison, and Bomba Estéreo. They have released three albums including their self-released 2012 debut “Hecho a Mano”, the Latin GRAMMY-winning 2015 follow-up “Caja De Musica” which includes their viral TikTok hit “Nuestra Canción”, and their 2018 Sony Music release, the GRAMMY-nominated “Encanto Tropical”.

This concert is co-presented by Escala Sonora and Rhythm Foundation. Visit EscalaSonora.com for their full calendar of events.