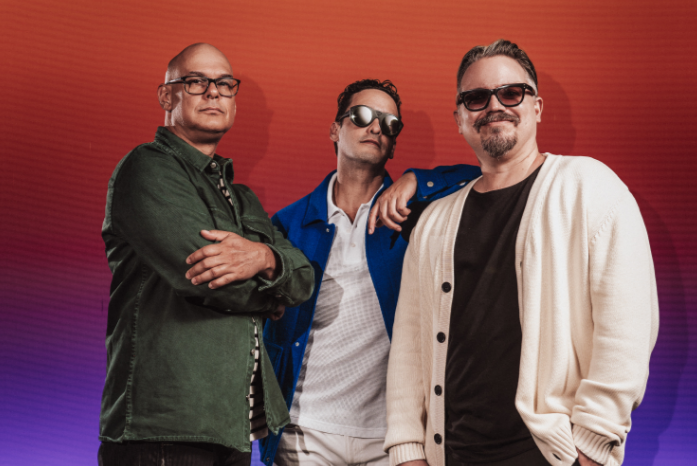 Since their first album in 1995, Los Amigos Invisibles have developed a sound based on the “gozadera” – an irresistible fusion of Latin rhythms with fiery funk and lounge music. The band got their first break in the US when David Byrne (Talking Heads) discovered one of their albums by chance in a Manhattan record shop. He immediately called the band up in their native Venezuela and soon after, signed them to his label Luaka Bop. Byrne opened doors for the band across the globe and Los Amigos Invisibles soon became an international touring machine. Los Amigos Invisibles moved to New York City from their hometown of Caracas in 2001 and entrenched themselves in the local scene.

Over the years, the band has established themselves in the international dance music scene and expanded their sound, while raking in Grammy nominations and wins year after year and performing all over the globe as well as on television shows like The Jimmy Kimmel Show. In the last few years, they have established their own record label – Gozadera Records – and have tightened their hooks and focused their songs, recording their most accessible work yet.

In 2019, the band won a Latin Grammy for “Tócamela” a new crowd favorite, together with other hits such as “Mentiras”, “La Vecina”, “La Que Me Gusta”, their live show continues to move bodies all across the globe!

Welcome to the Bandshell, para gozar….