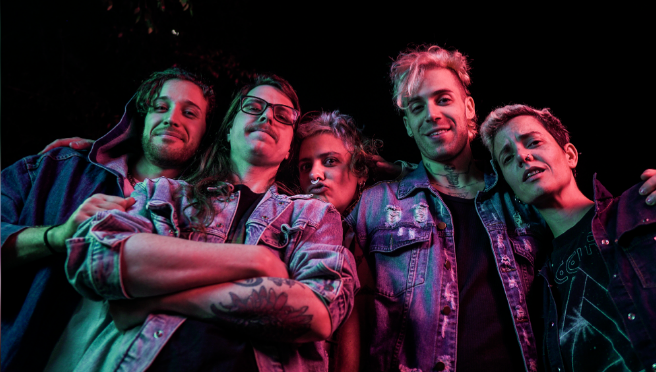 CÉU is one of the most influential Brazilian artists of her generation. Her eight albums have been awarded multiple Latin Grammys and other milestones. Initially moving effortlessly through a palette of influences (samba, reggae, rock, MPB, soul, and pop), her subsequent releases explored the reggae and dub family tree, nocturnal synth sounds, sleepy psychedelia. Rhythm Foundation presented the Sao Paulo-based singer’s US debut concert in 2007, and is proud to welcome this dynamic chanteuse back to the Bandshell.

FRANCISCO, EL HOMBRE is a quintet from Sao Paulo formed by two Mexican brothers and three Brazilians. They are spark and explosion, glitter, indie rock infused with cumbia and maracatú. Rolling Stone Brazil called them a mix between Manu Chao and Naçao Zumbi, a modern incarnation of tropicalia. Through their music, videos and live shows, the group addresses pan- Latin culture, LGBTQ rights, feminism, and social and political movements in Brazil.