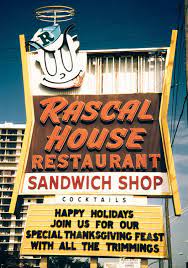 At the Jewish Museum-FIU: Please join us for the screening of Aaron Davidson’s documentary films: Abraham’s Bakery, Rascal House, and Tradition at Steak. Davidson’s documentary films on Jewish themes have all been made in South Florida, but transcend their local flavor and are at once familiar and nostalgic. A hallmark of his work is a periodic update of his films, often with poignant, ironic, or unexpected results, as films made innocently over a decade ago in an earlier context take on new perspectives, added meaning and unexpected twists with contemporary footage.