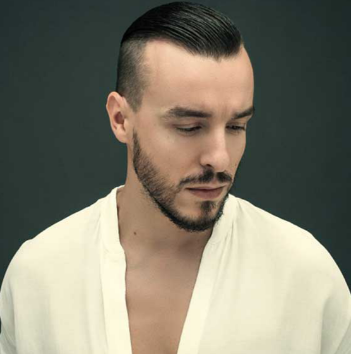 Cem Adrian is a Turkish singer-songwriter, author, producer and director. He is known for his ability to sing from bass to soprano, as his vocal cords are three times the length of an average person’s. He started his musical studies and released his first recordings during his secondary school terms.

Adrian started his career in radio publishing at eighteen, and continued for about six years. At the same time he studied theatre and photography and recorded about 250 of his own songs at the studios of a radio station where he used to work.

In 2003, he performed as the singer and dancer of the ethnic music band “Mystica” which he founded, in Istanbul. In the autumn of 2004, he started his education as a “special student” at the Faculty of Music and Performing Arts, Bilkent University, at the invitation of Fazil Say.

In February 2005, Adrian released his first album with Fazil Say. He has since released almost half a dozen albums and performed at venues around the world.