The history of Opa-locka has been one of many ups and downs, but it is currently experiencing a historic preservation revival thanks to dedicated residents and stakeholders.

Founded in 1926 by aviation pioneer Glenn L. Curtiss, the city is home to the Miami Opa-locka Executive Airport (previously the Miami Municipal Airport), from which Amelia Earhart departed on her fated final trip.

An aviation pioneer and key developer during the Florida land boom, Curtiss also founded its neighboring cities Hialeah and Miami Springs. He envisioned Opa-locka as a medieval English fantasy of an Arabian escape.

Nicknamed “the Baghdad of South Florida”, the unique city is home to the largest collection of Moorish revival architecture in the Western hemisphere.

With the help of Bernhardt L. Muller who designed over 80 buildings in the new city in a Moorish revival style, Curtiss created Opa-locka as an attractive and exotic destination for new homeowners.

But after many setbacks, including the 1926 Great Florida Hurricane, the 1928 Okeechobee Hurricane, and the start of the Great Depression, the vision for the city of Opa-locka never fully took off as intended. Curtiss’ passing around this time also left the city without its visionary, financier, and compass.

During WWII, its airport became a naval aviation base, with many new homes added in different styles. And so the dream of a Moorish and Arabian-themed city seemed further and further away.

In 1956, after noticing how much the city had changed since Curtiss’ passing, Muller urged the city’s chamber of commerce to preserve some of Curtiss’s vision for the Moorish-inspired theme. It wasn’t until March of 1982 that the remaining historic buildings in this area were registered as the Opa-locka Thematic Resource Area.

Of the 80 buildings Muller originally designed for the town, around 20 were saved, including its iconic city hall building, its railway station (now used as a tri-rail station), an Egyptian-style bank, a former firehouse, and many other structures.

In February of 1986, Barbara Baer Capitman was appointed to Opa-locka’s historic preservation board. She was passionate about the city’s future as a mecca for arts and fashion. Some of her work included organizing an Arabian Nights-themed ball to raise funds for the city.

“Opa-locka could come much further than the Art Deco District… We never really took advantage of it in Miami Beach. It’s too timid… In Opa-locka you can do something enormous, complete.”

Also during the 1980s, at the peak of Miami Vice, Opa-locka began undergoing a major transformation. The once majority-white city was becoming one of Dade County’s biggest-growing African-American communities, along with neighboring cities like North Miami and Miami Gardens.

In 2009, the city renamed a mile-long section of Pervis Avenue to Barack Obama Avenue, becoming the first community in the U.S. to honor the first African-American U.S. president.

Bring back the domes

The homes in Opa-locka are unlike any others you’ll spot in Miami: they have signature outdoor staircases, carports, minarets, keyholes, and even domes. In line with the Arabian theme are its street names: Ali Baba, Sinbad, Sesame, and Sharazad, just to name a few.

In the past decades, many efforts have been made to restore some of its original flair along with the city’s image. Sadly, today many of these homes are still in disrepair.

The city of Opa-locka and members of its community are working hard to bring back some life to the city by preserving and honoring its unique history and architecture while remaining true to its community.

City officials say the restoration of its trademark building and the former site of City Hall (777 Sharazad Ave) is key to bringing back life and cultural interest in the city.

The city plans to turn this venue into a community and cultural center and event space with its own museum of historic preservation by May of next year.

Its accompanying former firehouse/police station building is also being restored and will be making way for a central coffee shop or vendor station.

“My intention is to rehabilitate this building and rent it out to a vendor who could put a coffee shop in here,” says Darvin Williams, Opa Locka city manager. “That’s the vision.”

“We are looking to provide for some significant funding to do some preservation for the homes and the homeowners, as well as with city hall,” he adds.

Alex Van Mecl, a public relations professional, is also committing to the seemingly impossible mission of turning Opa-locka into a city that celebrates its architectural treasures.

“We have taken a lot of pride in upkeep, authenticity and forensic preservation,” says Van Mecl, who is promoting the city online, through sites like Discover Opa Locka.

The city is investing in its future, digging up its past, and renovating, restoring, and beautifying some of its more cherished architectural delights.

One of them is the Dove House (806 Jann Ave), which Van Mecl purchased and has been restoring. One of the key features it’s missing is a small dome above its main entrance. 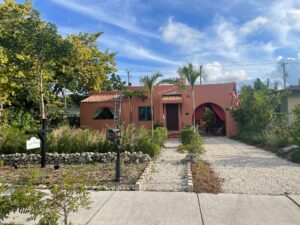 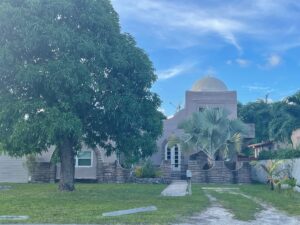 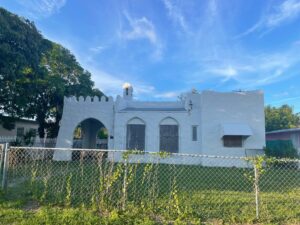 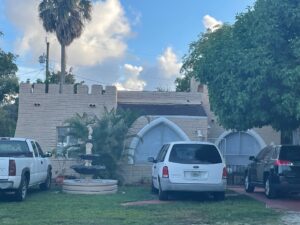 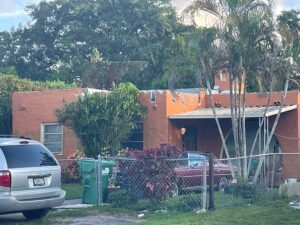 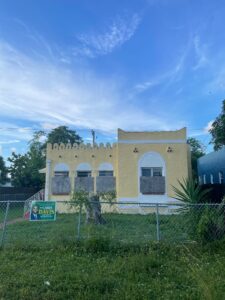 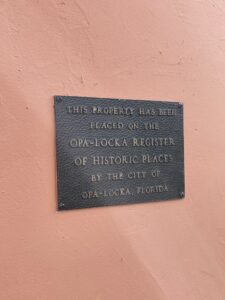 After some research, he found it was previously owned by Walter and Carrie Dove, who lived in the house with their four children during the 1920s and ’30s.

Van Mecl’s research on his new home led him on the journey to help save and restore the other Moorish homes in his neighborhood.

An advocate for preservation, Van Mecl is also a member of the city’s Historic and Environmental Preservation Board, meeting with the community on how to best protect and restore Opa-locka’s cultural riches and unique Moorish architecture.

Inspired by preservation efforts in Coral Gables and the Miami Beach Architectural District, board members have been exploring new incentives and opportunities to assist Opa-locka property owners through this transition.

These include future grants and loans to restore the many Moorish homes in need of painting or restoring signature features, like their lovely domes, minarets, pitters, keyholes, and arches.

Gregory Gay, the city’s director of planning and community development, wants citizens to reap the benefits of living in a historic home.

“We want to preserve that so that the people that are in these homes get the ability to maintain them and have an understanding of what that means so that their exchange in value increases.”

The city makeovers are not just for homes and government buildings, as they also aim to aid local business owners in these efforts.

The approach is different from that of the Art Deco District, as the properties are not hotels, but rather historic homes designed in the ’20s and ’30s that look like charming Arabian cottages and castles.

Their biggest challenge right now is involving the local community in the process of restoring and renovating the city landmarks.

The board meetings, which are taking place at the Sherbondy Village Community Center (215 N Perviz Ave) are also broadcast online and are open for community members and visitors to join and share their thoughts on Opa-locka’s historic restoration and preservation efforts.

The future of Opa-locka

Beyond restorations, as Opa-locka approaches its centennial in 2026 it is entering a new era.

In recent years, the city has worked to spotlight its African-American community and unique history through art and murals, celebrating what makes the city diverse beyond its architecture: its people.

Its arts and culture scene is also flourishing as a mecca for African arts, showcasing its rich heritage through the years and connecting it with the greater Miami area.

Finally, the Art of Transformation, a five-day celebration of contemporary African art, will take place at the heart of Opa-locka, set to coincide with Art Basel Miami Beach 2022.  It will feature three exhibitions and a block party on its final date. 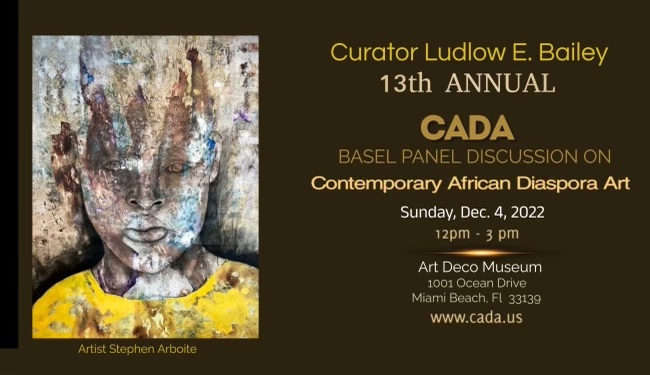 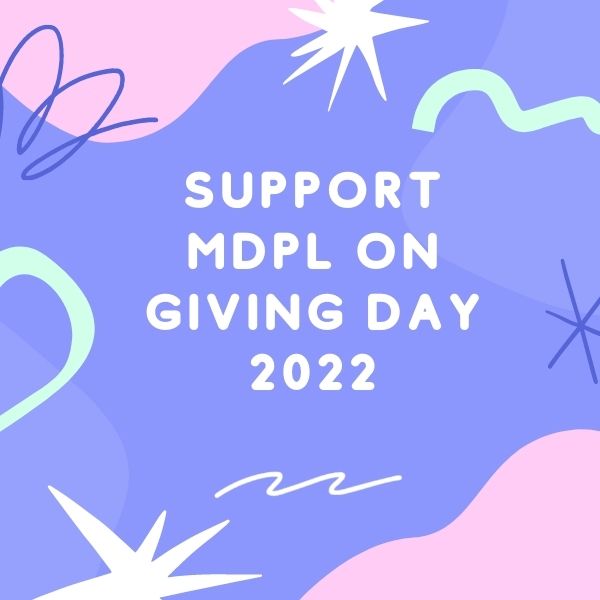 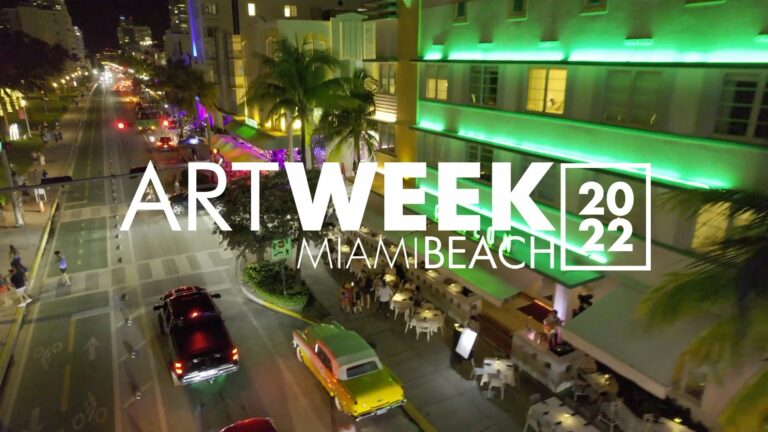